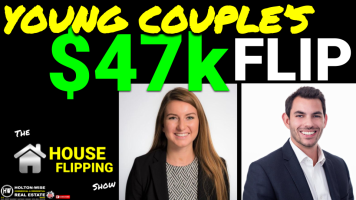 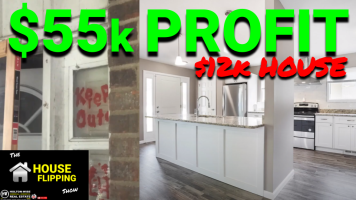 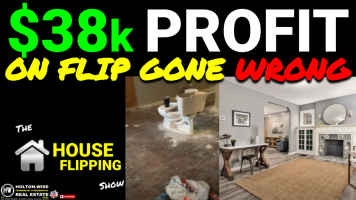 Fixing other real estate investors mistakes is a great way to make money in the house flipping business. In the 7th episode of The House Flipping Show James Wise interviews a house flipper named Josh Hively about a house in Columbus, Ohio that he made $38,000 flipping after the previous flipper failed to complete the house flip renovation. 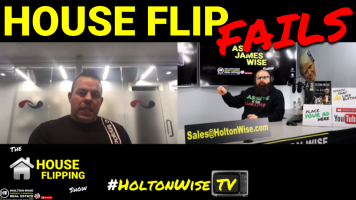 All over the internet you see courses and programs selling the secrets to the house flipping business. They all tell you that it's easy to flip houses. This just isn't true. Let's be honest, flipping houses is a tough business. USREEB owner Sean Tarpenning has flipped over 1,000 houses in his career. And guess what? He doesn't always make money when he flips a house. In episode 6 of The House Flipping Show this experienced house flipper sits down with James to have an open and honest discussion about the house flipping industry. 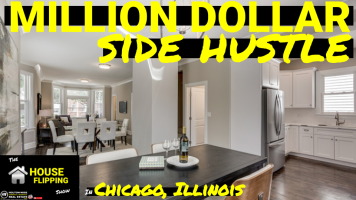 In the 5th episode of The House Flipping Show James Wise interviews Tom Shallcross about the Million Dollar House Flipping business he runs while him and his General Contractor partner both work full time jobs. During the show Tom & James talk about how to raise private money, the importance of delegating tasks to the most qualified individuals, why being able to demonstrate a track record of success is so important to money partners, why you should never overprice your property and much more. 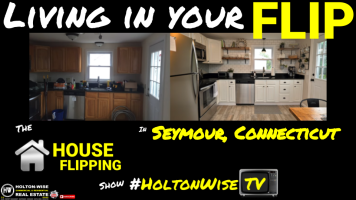 In the 4th episode of The House Flipping Show we interview a real estate investor named Ryan Luby who saved a ton of money by living in his first flip with his wife in Seymour, Connecticut. The strategy of living in your investments is often called house hacking. House hacking allowed Ryan to get into his first investment with almost no money down. In addition he was able to gain some valuable on the job learning experience in the construction trades. 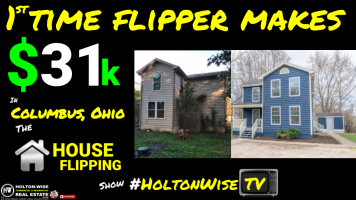 In this episode of The House Flipping Show James Wise interviews Harvey Yergin about how he and his wife were able to make a $31,000 profit on a house they flipped in Columbus, Ohio even though it was their very first flip. During the show James and Harvey discuss everything from how to cut out the middle man to increase your flipping profits, to which finishes to choose and why. 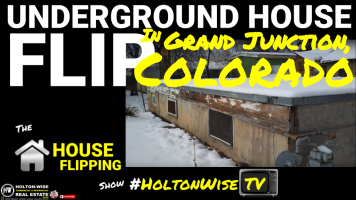 In this episode of The House Flipping Show James Wise interviews Teri Styers of Rejuvenation Homes Inc about a house she flipped in Grand Junction, Colorado that was built completely underground. During the show Teri talks about the flip, why it was her favorite flip, problems she faced during the renovation, the difficulties investors face when working with contractors, her profit and loss numbers, the benefits having a real estate license provides to her as a house flipper and much more. 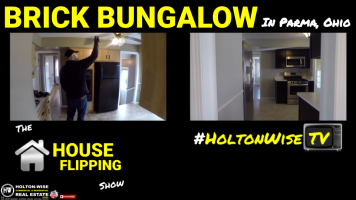 In this episode of The House Flipping Show Holton-Wise Co-Founder's John Holton & James Wise take investors on a before & after tour of a brick bungalow that they recently flipped in Parma, Ohio. If you are looking to enter the house flipping business this episode is a must watch because the two don't hold back on the details. Everything is spelled out for investors including the purchase price, renovation scope of work, renovation budget, selling cost, holding costs, real estate commissions, listing price, selling price and most importantly the net profit. This is a great house for beginners to flip as it was a very quick and simple flip in a neighborhood filled with starter homes.